Werewolves Don’t Cry
John Wagner was a misfit, a bully, a man without a future. Then he discovered he wasn’t a man at all. He was genetically a Lycan, part human, part werewolf. John was taken in and tutored by an organization of others like him. But the faced an impending threat from a group of demon-hunting monks sworn to rid the world of his kind.

Genetic Imperative
Over decades, they have infiltrated every aspect of American life. Their shadow organization seeks world domination through ethnic cleansing. Only one lone man stands in their way and he isn’t cut out to be a hero. Mat McCoy, a quiet pilot, stumbles into the inner workings of a grisly plot. Now, it’s a life or death race to escape the organization’s gunmen and he has nowhere to turn. An old civil rights lawyer tells him to “Trust the people, the American people.” Alone and desperate, Mat hijacks Air Force One in a wild gamble to expose the menace.

Five retired veterans believe they have been recalled to active military duty for a secret mission. They manage to overcome bad backs, creaky joints and senior moments to succeed in blowing up a suspected nuclear weapons installation, actually a Chinese Embassy hunting lodge in remote northern Canada. The raid is a success, but many die. Now two questions remain: how do they get home and…was the threat real or were they just playing out their leader’s final fantasy? 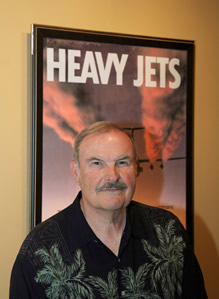